Alignment:
Chaotic Good- A chaotic good character acts as his conscience directs him with little regard for what others expect of him. He makes his own way, but he's kind and benevolent. He believes in goodness and right but has little use for laws and regulations. He hates it when people try to intimidate others and tell them what to do. He follows his own moral compass, which, although good, may not agree with that of society. Chaotic good is the best alignment you can be because it combines a good heart with a free spirit. However, chaotic good can be a dangerous alignment when it disrupts the order of society and punishes those who do well for themselves.

Race:
Humans are the most adaptable of the common races. Short generations and a penchant for migration and conquest have made them physically diverse as well. Humans are often unorthodox in their dress, sporting unusual hairstyles, fanciful clothes, tattoos, and the like.

Primary Class:
Bards- Bards often serve as negotiators, messengers, scouts, and spies. They love to accompany heroes (and villains) to witness heroic (or villainous) deeds firsthand, since a bard who can tell a story from personal experience earns renown among his fellows. A bard casts arcane spells without any advance preparation, much like a sorcerer. Bards also share some specialized skills with rogues, and their knowledge of item lore is nearly unmatched. A high Charisma score allows a bard to cast high-level spells.

Secondary Class:
Wizards- Wizards are arcane spellcasters who depend on intensive study to create their magic. To wizards, magic is not a talent but a difficult, rewarding art. When they are prepared for battle, wizards can use their spells to devastating effect. When caught by surprise, they are vulnerable. The wizard's strength is her spells, everything else is secondary. She learns new spells as she experiments and grows in experience, and she can also learn them from other wizards. In addition, over time a wizard learns to manipulate her spells so they go farther, work better, or are improved in some other way. A wizard can call a familiar- a small, magical, animal companion that serves her. With a high Intelligence, wizards are capable of casting very high levels of spells. 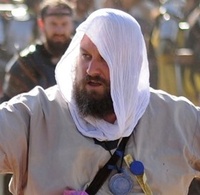 
Ability Scores:
Strength- 14
Dexterity- 13
Constitution- 14
Intelligence- 16
Wisdom- 15
Charisma- 13
Alignment:
Chaotic Neutral- A chaotic neutral character follows his whims. He is an individualist first and last. He values his own liberty but doesn't strive to protect others' freedom. He avoids authority, resents restrictions, and challenges traditions. A chaotic neutral character does not intentionally disrupt organizations as part of a campaign of anarchy. To do so, he would have to be motivated either by good (and a desire to liberate others) or evil (and a desire to make those different from himself suffer). A chaotic neutral character may be unpredictable, but his behavior is not totally random. He is not as likely to jump off a bridge as to cross it. Chaotic neutral is the best alignment you can be because it represents true freedom from both society's restrictions and a do-gooder's zeal. However, chaotic neutral can be a dangerous alignment when it seeks to eliminate all authority, harmony, and order in society.

Race:
Gnomes are in wide demand as alchemists, inventors, and technicians, though most prefer to remain among their own kind in simple comfort. Gnomes adore animals, gems, and jokes, especially pranks. They love to learn by personal experience, and are always trying new ways to build things. Gnomes stand 3 to 3.5 feet tall and live about 350 to 500 years.

Class:
Sorcerers- Sorcerers are arcane spellcasters who manipulate magic energy with imagination and talent rather than studious discipline. They have no books, no mentors, no theories just raw power that they direct at will. Sorcerers know fewer spells than wizards do and acquire them more slowly, but they can cast individual spells more often and have no need to prepare their incantations ahead of time. Also unlike wizards, sorcerers cannot specialize in a school of magic. Since sorcerers gain their powers without undergoing the years of rigorous study that wizards go through, they have more time to learn fighting skills and are proficient with simple weapons. Charisma is very important for sorcerers; the higher their value in this ability, the higher the spell level they can cast. 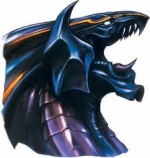